The Group’s 44th artistic campaign, “Seriously Convivial,” will illustrate its Annual Report
and be exhibited as part of Paris Photo 2019

At its annual Summer Party held this evening at the Pompidou Centre, Pernod Ricard revealed the name of the tenth photographer to shoot its Carte Blanche campaign – French artist Stéphane Lavoué.

Pernod Ricard’s tenth Carte Blanche photography campaign celebrates a new facet of convivialité – that intrinsic ability of the Group’s employees and brands to create genuine moments of sharing and celebration. A few months after the launch of the video “The Power of Convivialité,” which has been viewed online several million times, the Seriously Convivial campaign embodies in a new video “the glue that binds us together, that allows us to meet the innate human need to connect with one another,” as set out in the Convivialist Manifesto.

Unlike previous editions, Group employees did not face the camera alone. As this is an exceptional year, they were invited to meet other people who, within their respective communities, act as creator, link and ambassador in relation to this culture of sharing. Stéphane Lavoué has taken nine interlinked portraits shot across all continents to create Pernod Ricard’s 2019 annual artistic campaign.

“I must admit that I was completely blown away by the magic of these moments,” explains Stéphane Lavoué. “The power of these images stems from the juxtaposition of these often diametrically opposed worlds.   Everything should drive them apart, and yet something emerges from each encounter. With this world tour, I had the opportunity to turn this succession of images into a personal photographic narrative.”

As Olivier Cavil, Pernod Ricard’s Director of Communications, says, “For the first time since we have been doing Carte Blanche, it involved the photographer physically capturing the beauty of an encounter, between the créateurs de convivialité – our employees – and créateurs de convivialité in action in their communities. Some will say that our models aren’t smiling, but convivialité is a value that goes far beyond this. The raw power of their encounter was exactly what we wanted to capture, and only a peerless portrait artist could rise to this challenge.”

The “Seriously Convivial” campaign will be unveiled in its entirety in Pernod Ricard’s upcoming Annual Report and presented to the public at the must-see photography exhibition, Paris Photo, from 7 to 10 November 2019 at the Grand Palais, in Paris.

Watch this video and discover the first images of the campaign 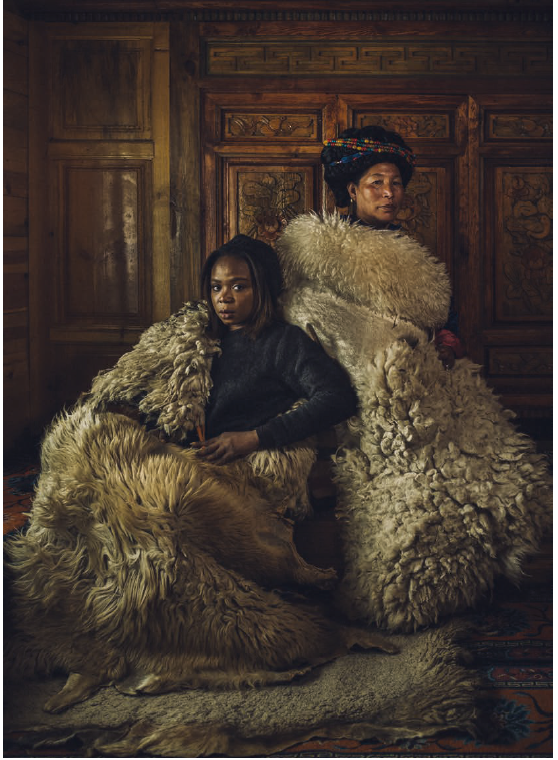