The program gives artists a chance to showcase their work on an enormous, freestanding wall facing The Island, the Group's new global headquarters.

Each year, Pernod Ricard will give its Paris-based employees the opportunity to choose the artwork that would transform the landscape of the building located in the heart of the capital, a stone's throw from Saint-Lazare station.

Out of the six projects built on a recommendation of the Pernod Ricard Foundation, French artist Emmanuelle Lainé has been selected for the first edition of Art wall 2021. Laine’s work Si vous vous attendez à un spectacle, vous serez déçu will be showcased on partition of 17 meters high and 13 meters wide along the Cours Paul Ricard, for a year. Contemporary creation thus pervades the city, spurring poetic reflection on the role of art within the collective space, inviting us to reconsider the Cours Paul Ricard as a meeting place for discussions and exchanges, accessible to all visitors and employees.

Lainé uses space as a resource for her creation, interfacing between the place itself, the work created and the viewing public. She deems the overall result “microarchitecture.” The work featured here, the first of the artist for a public space, spotlights objects from the MUCEM’s collection in Marseille. These archival objects were layered into larger scenes, to disorienting effect. This optical trickery is a comment on visual engagement: the way organized chaos infiltrates our lives, and the way the digital image’s precision shifts as it is superposed and mixed with immersive sculptural installation. 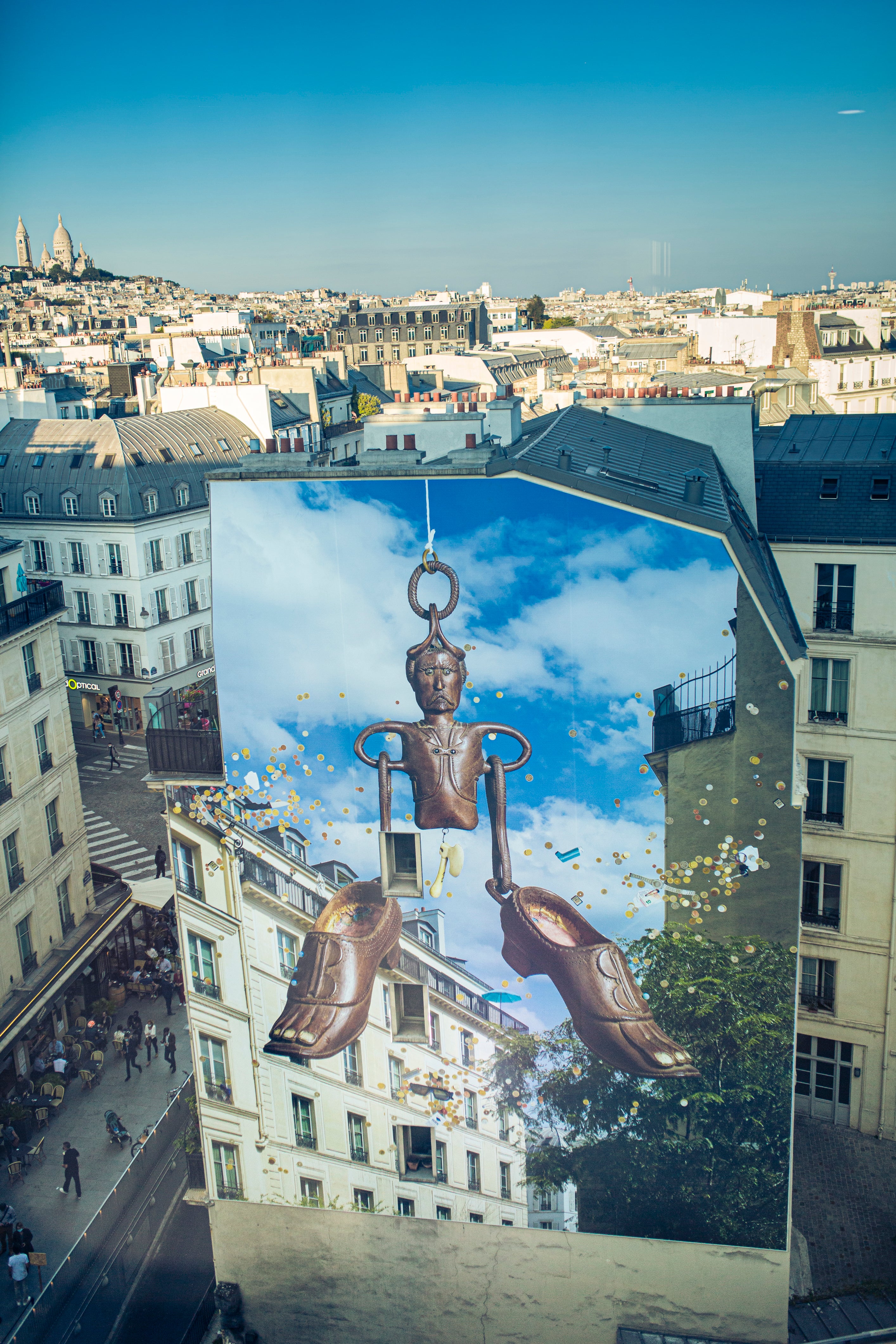 About Pernod Ricard
Pernod Ricard is the world’s No 2 in wines and spirits with consolidated sales of €8,824 million in FY21. Created in 1975 by the merger of Ricard and Pernod, the Group has undergone sustained development, based on both organic growth and acquisitions: Seagram (2001), Allied Domecq (2005) and Vin&Sprit (2008). Pernod Ricard, which owns 16 of the Top 100 Spirits Brands, holds one of the most prestigious and comprehensive brand portfolios in the industry, including: Absolut Vodka, Ricard pastis, Ballantine’s, Chivas Regal, Royal Salute, and The Glenlivet Scotch whiskies, Jameson Irish whiskey, Martell cognac, Havana Club rum, Beefeater gin, Malibu liqueur, Mumm and Perrier-Jouët champagnes, as well Jacob’s Creek, Brancott Estate, Campo Viejo, and Kenwood wines. Pernod Ricard’s brands are distributed across 160+ markets and by its own salesforce in 73 markets. The Group’s decentralised organisation empowers its 18,500 employees to be true on-the-ground ambassadors of its vision of “Créateurs de Convivialité.” As reaffirmed by the Group’s strategic plan, “Transform and Accelerate,” deployed in 2018, Pernod Ricard’s strategy focuses on investing in long-term, profitable growth for all stakeholders. The Group remains true to its three founding values: entrepreneurial spirit, mutual trust, and a strong sense of ethics, as illustrated by the 2030 Sustainability and Responsibility roadmap supporting the United Nations Sustainable Development Goals (SDGs), “Good times from a good place.” In recognition of Pernod Ricard’s strong commitment to sustainable development and responsible consumption, it has received a Gold rating from Ecovadis. Pernod Ricard is also a United Nations’ Global Compact LEAD company. Pernod Ricard is listed on Euronext (Ticker: RI; ISIN Code: FR0000120693) and is part of the CAC 40 and Eurostoxx 50 indices.