Despite the pandemic, which has deprived audiences of the chance to attend the Paris Photo art fair where Pernod Ricard was to showcase Carte Blanche as it does every year, the company's 45th artistic campaign will still be exhibited this year, albeit exclusively online.

True to the commitment of its founder, Paul Ricard, to support the arts and artists, Pernod Ricard is proud to present the work of photographer Sanja Maru'i' as part of this 11th Carte Blanche photography campaign. After more than 30 years devoted to the fine arts, Pernod Ricard has been using contemporary photography for its annual campaign for over a decade now, with a single proviso ' that it features Group employees. This 45th annual artistic campaign, entitled Naturally Committed, pays homage to the Group's employees and, for the first time, to the Group's partners, by celebrating their shared commitment to their terroirs. Due to pandemic-related circumstances that have disrupted both its shooting and its unveiling, the work of the Dutch Croatian artist will be exclusively presented in digital format.

Like the other celebrated international photographers who have preceded her, Sanja Maru'i' was given complete creative freedom when shooting her Carte Blanche. 14 of the Group's employees and partners, who included coopers, agave growers, winemakers, etc. posed in front of her lens, dressed in clothes whose vivid colours provide a magnificent contrast with the natural landscapes selected from Pernod Ricard's main countries of production. This year, the campaign is highlighting the raw materials used in the production of the Group's brands, such as agave, oak wood, grape vines and fennel.

'Connecting the portraits of the employees with their relationship with nature was a real artistic challenge,' according to Sanja Maru'i'. 'I would like to thank the Group for the complete creative freedom that I was given as part of this Carte Blanche, as well as all the models who agreed to take part in this unique exercise, wearing costumes and doing poses so far removed from their everyday lives and from what they probably anticipated'.

As Olivier Cavil, Pernod Ricard's Communications Director, says, 'This 11th edition takes on a very special significance in the current climate. Thanks to the universal language of art and to Sanja's talent, it offers a little colour and 'convivial' joy in these gloomy times. Covid must not stop artistic creation ' on the contrary, we need it more than ever as we all need to dream!'.

As is the case every year, the Naturally Committed campaign illustrates the Group's Annual Report. It was to be exhibited as part of Paris Photo 2020, of which Pernod Ricard has been a historic sponsor. Unfortunately, the public health measures in force in France led to the cancellation of the world's largest photography fair, as well as to the closure of the exhibition venues. As a result, the campaign will be entirely and exclusively exhibited online. Every day on its social media, Pernod Ricard will feature one of the stages of the campaign through video profiles of the people featured in each photo, meaning one of its employees and one of its local partners, as well as the naturally sourced ingredients that bring them together. All the photos and other material will make up a vast digital gallery accessible at https://carteblanche.pernod-ricard.com/

Lastly, Sanja Maru'i' will be taking to Pernod Ricard's Instagram on 13 November at 6:00 PM (Paris Time) to answer questions about this unique campaign. 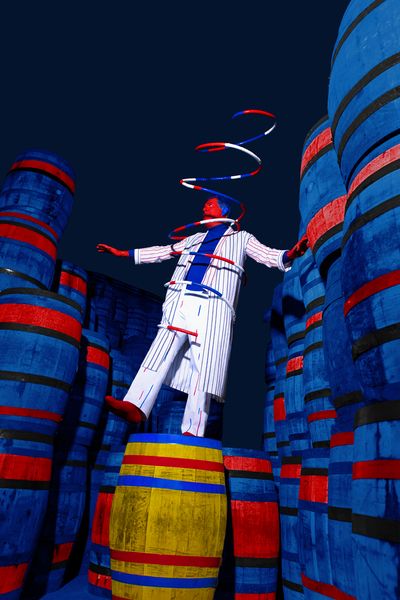 Photos from the campaign, Naturally Committed