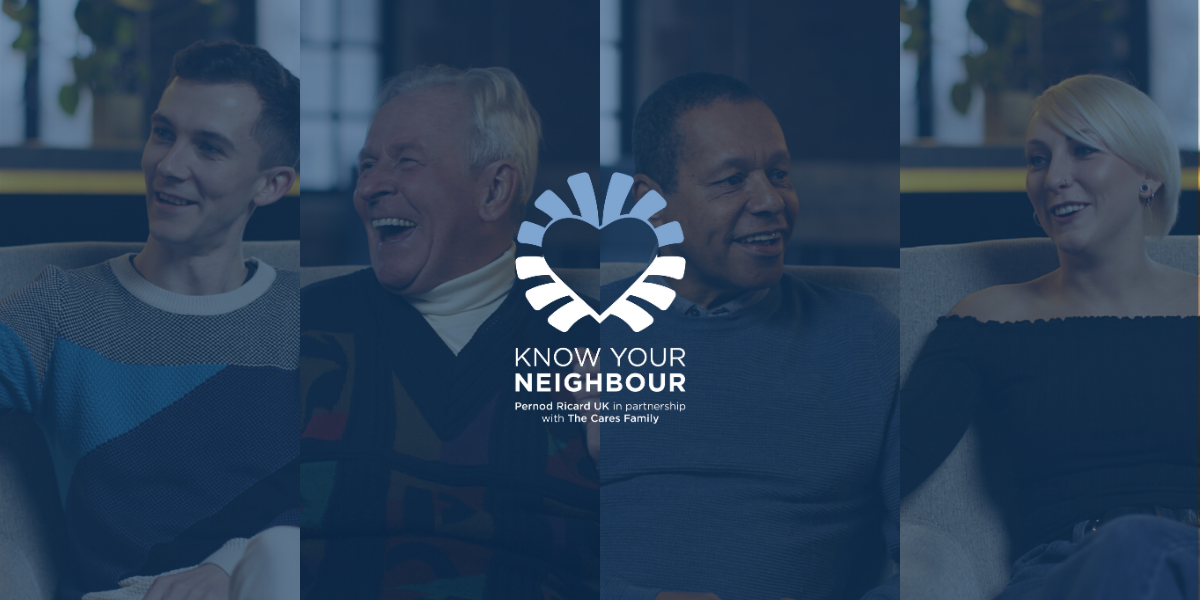 Pernod Ricard UK has today launched a campaign that highlights the power of genuine social connections and encourages consumers to reach out across divides and connect in their communities. The content-driven campaign leads with a four minute film that highlights the enjoyment of getting together and having authentic conversations.

Following research revealing that 73% of people in the UK don’t know their neighbours’ names, and 90% of Brits consider conviviality as a moment of happiness, the video sees four people of different ages and backgrounds from the same community in Manchester ‘break the ice’ as they trade anecdotes and life stories. The two pairs of real-life neighbours tackle topics such as entrepreneurialism, parental influences and prejudices in a series of honest conversations that result in close bonds being formed.

The campaign has been developed in partnership with media publisher The Hook, which will drive awareness of the video across its website and social media channels, further supporting the campaign throughout the month of January.

Aurelie Kane, Pernod Ricard UK Communications and Corporate Affairs Director, said: “As we welcome in a new decade, we’re encouraging neighbours to cross generational divides and embrace a convivial spirit. We all have unique stories to tell and we’re inviting people to come together and share meaningful moments. Conviviality is at the heart of Pernod Ricard. It’s a mindset that echoes the motto of the company’s founder, Paul Ricard, who encouraged everyone to ‘make a new friend every day’.”

The premium wine, spirits and champagne supplier has also partnered with Mission Mars to offer consumers in Manchester – where the film was based - the opportunity to enjoy a moment of conviviality with a neighbour. Throughout January, customers to Albert’s Schloss will be able to claim a free drink from Pernod Ricard UK’s premium portfolio to further encourage connections in the community.

The campaign follows the launch of an on-going partnership between Pernod Ricard UK and charitable organisation The Cares Family, which aims to bring older and younger adult neighbours together through celebrating moments of connection. The Know Your Neighbour Network aims to reduce isolation and increase wellbeing, and is rooted in a shared belief in the power of relationships and conviviality.

The full ‘Break the ice’ film can be viewed here: https://youtu.be/6JFf_9IGsEw