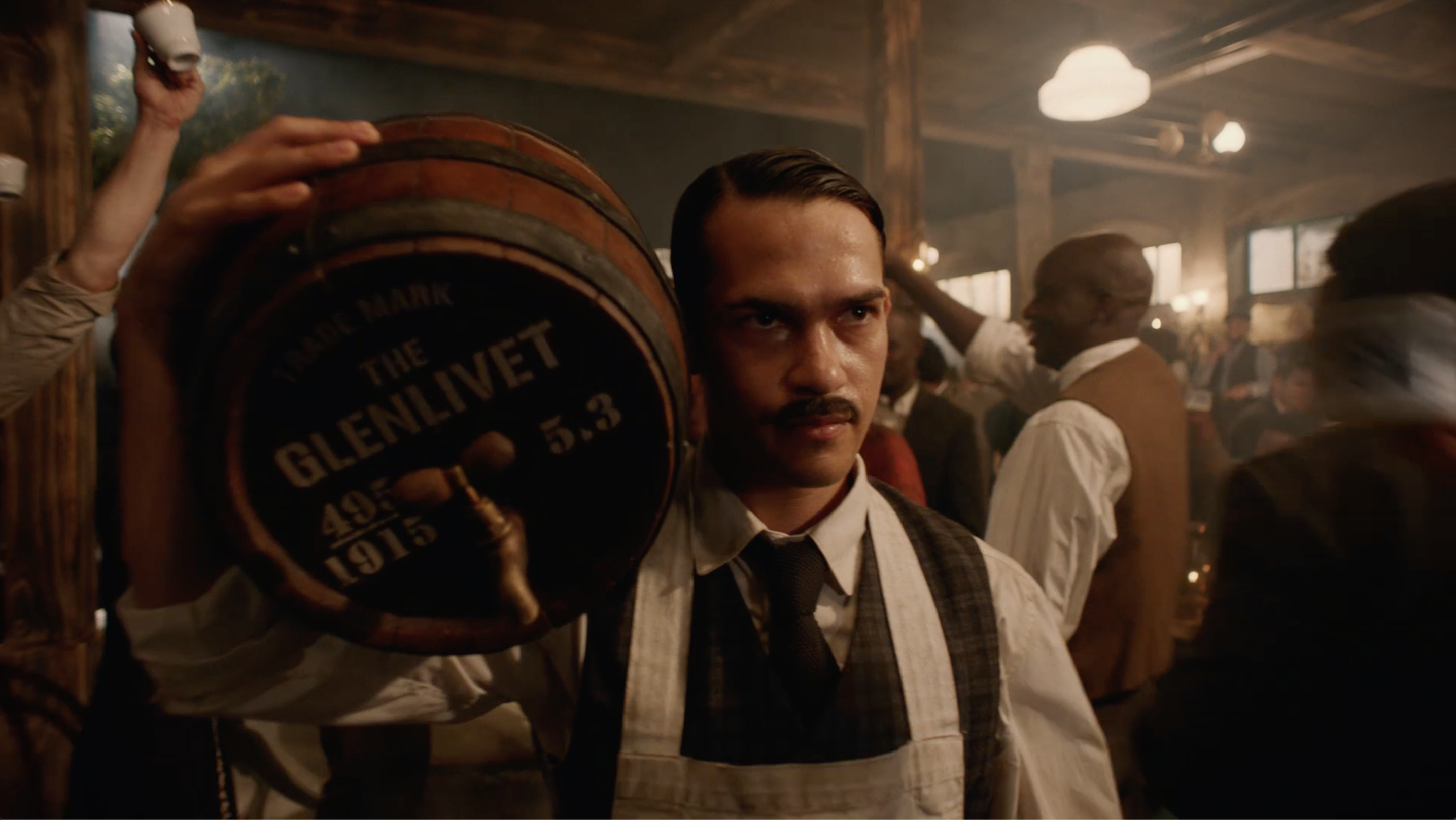 The Glenlivet, the original Speyside Single Malt, has today launched a brand-new campaign - ‘Original By Tradition’ - which showcases the brand’s mindset of ‘originality’ to set new standards in whisky since 1824. The campaign showcases the bold and vibrant modern reality of Scotch and encourages the enjoyment of single malt outside the confines of traditional conventions.

The new campaign is fronted by a high-energy film, which takes viewers on a journey through the brand’s pioneering heritage. Venturing back to its beginning where founder and true original, George Smith, became the first in the glen to legally distil whisky nearly 200 years ago.

Launching in the UK on 4th November with a disruptive TV advert running on prime channels such as, ITV, Channel 4 and SKY, the new creative drives the brand’s mission to reach a new generation of open-minded, socially connected consumers. The campaign will also roll out across print, digital, and video-on-demand, as well as being supported by a digital campaign on Instagram and Facebook.

The Glenlivet Capsule Collection is the most recent example of the brand breaking traditions and pushing boundaries on how Scotch can be enjoyed. Available exclusively during London Cocktail Week, the seaweed encased cocktail capsules captivated whisky drinkers around the world with a glassless innovation that gave whisky fans a futuristic new way of enjoying the single malt Scotch.

Katia Fragkou, Head of Marketing for Pernod Ricard UK, comments: “We are breaking with tradition once again and taking The Glenlivet in a completely new direction that opens up the traditionally male-dominated single-malt category with a campaign that challenges conventions. Our aim is to reach new audiences in order to establish broader occasions for single-malt. After all, The Glenlivet has always been forward-thinking we want to celebrate our pioneering heritage and embrace the original thinking of our founder, George Smith. We will never be held back by limiting preconceptions of single malt Scotch - we will continue to push boundaries.”

The Original by Tradition campaign will launch across the UK, US and Canada in November, before rolling out into other markets, to coincide with the release of The Glenlivet’s new modern, bold and vibrant packaging. The Glenlivet’s new look, featured as bold colour references throughout the campaign blends the rich heritage of the iconic Speyside distillery with contemporary designs to reflect the forward-thinking brand it is today.

The opening scene sees George Smith back in 1824 in a bothy in Scotland, establishing himself as an original thinker and defining the Speyside style of whisky, where The Glenlivet began. The ad then transports the audience to the 1920s where The Glenlivet became one of the first single malts to be shipped to the US prior to prohibition.

Fast forward to the 1950s, where The Glenlivet was part of a movement to try to break the stereotype of Scotch being seen as a drink exclusively for wealthy men. The viewer then heads to the 1980s to see the shock and outrage adding ice to single malt was causing amongst traditional whisky drinkers. The final scene sees The Glenlivet today taking Scotch out of the home and office environment and setting new standards in bars across the world, inviting all adults to enjoy single malt whisky as part of a cocktail in a social setting.