Pernod Ricard, via its German affiliate Pernod Ricard Deutschland, is delighted to announce the signing of the agreement for the acquisition of a majority share of the dry-gin brand Monkey 47, produced in the Black Forest region in Germany. The French wine and spirits company and the German company Black Forest Distillers GmbH signed the agreement today in Berlin. The closing of the transaction is subject to approval by the relevant competition authorities.

With this investment, Pernod Ricard expands its portfolio further into the fast growing super premium gin category. Monkey 47 is already a very successful gin having won over many loyal consumers in the past years.

We share the same values that have driven the success of Monkey 47, such as authenticity, entrepreneurial spirit and passion for quality ”

“Since 2011 we have admired the development of Monkey 47 and we are pleased to be able to shape the future of that fantastic brand together with our partner.  There are moments in life in which you know immediately that you have found a jewel. And Monkey 47 is a jewel, perfectly matching the rising worldwide demand for craft gin with strong local roots. We share the same values that have driven the success of Monkey 47, such as authenticity, entrepreneurial spirit and passion for quality”, says Alexandre Ricard, Chairman & CEO of Pernod Ricard. 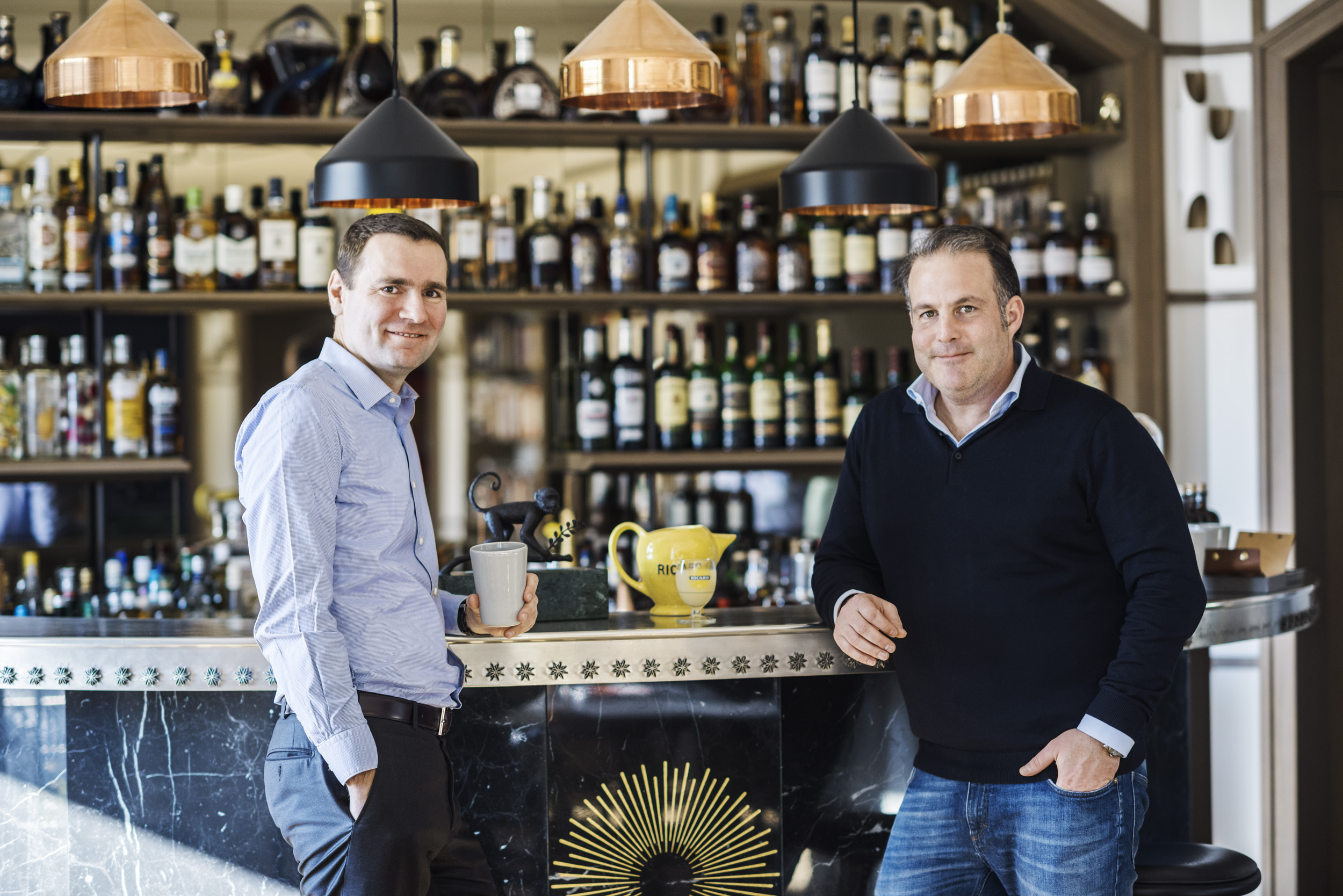 The founder of Monkey 47 and CEO of the Black Forest Distillers GmbH, Alexander Stein, welcomes this partnership with Pernod Ricard and emphasizes the values that connect both companies: “The partnership with Pernod Ricard was a personal decision. The company led by Alexandre Ricard distinguishes itself especially through a strong entrepreneurial character, a decentralised organisation and a global presence. Pernod Ricard is a companion who respects passion for brands, lives it and regards it as essential. “ 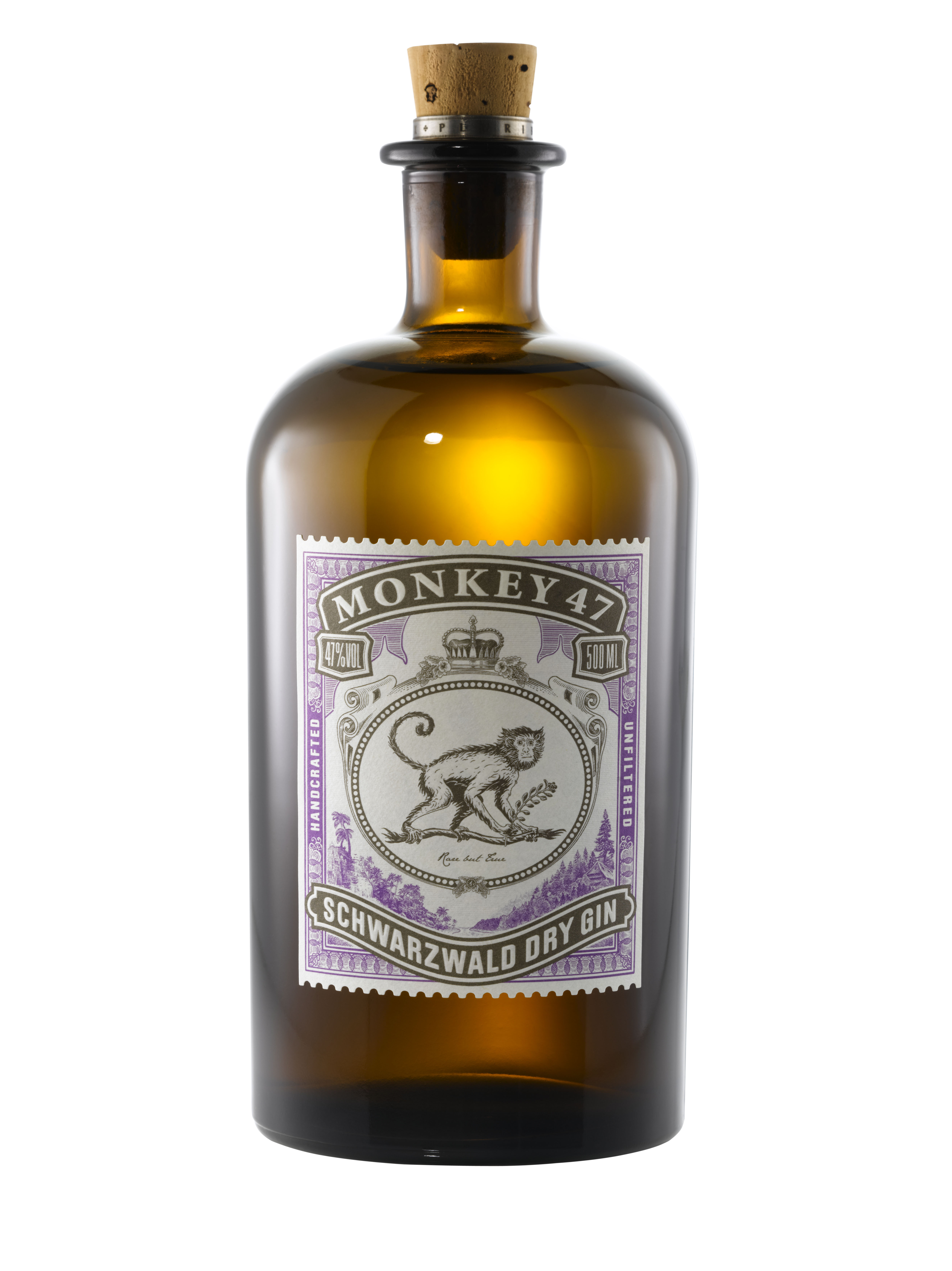 Just another Gin ? Certainly not! Bollenhut, turban and bowler hat – a batch distilled and handcrafted gin that fuses British traditions, the exoticism of India, and the purity and originality of the Black Forest with masterly craftmanship. A genuine Black Forest dry gin. Indeed, a good third of the ingredients for this special gin originate from the Black Forest, such as the spruce tips, lingonberries, elderflower, sloes and blackberry leaves, to name but a few.
In total, 47 handpicked plant ingredients prepared in extremely soft spring water from the Black Forest lend Monkey 47 unrivaled complexity and quality. The pièce de résistance is a real Black Forest “secret weapon,” fresh lingonberries. Through masterly distillation and maturing in traditional earthenware containers, the goodness of all these ingredients is brought fully to bear. From the tranquil Black Forest valley, Monkey 47 has now embarked on its round-the-world trip and is currently available in over 50 countries on four continents. Aficionados, bartenders and connoisseurs the world over have come to appreciate the incredible complexity and harmony of a gin that has been invented as long as 60 years ago – mainly out of nothing more than a nostalgic yearning for England.