Pernod Ricard confirms that age-restriction labelling will be added to all its bottles, 3 years ahead of schedule

One of the 150 initiatives developed to promote responsible drinking 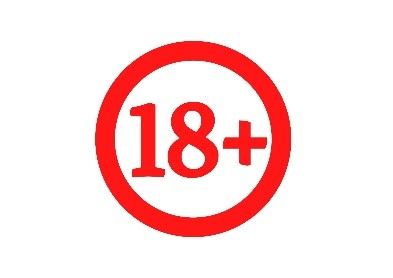 At a time when all players in the wine and spirits industry are being hard hit by this unprecedented crisis ' with a record drop of 9.8% in the volume of wine, beer and spirits consumed in France in 2020, representing a fall of 28 million bottles for spirits alone1, the sharpest decline in 30 years ' and at a time when bars, restaurants and clubs are suffering enormously, with thousands of bankruptcies expected in the sector, Pernod Ricard has not abandoned its commitments and is continuing its prevention and education roadmap for the responsible consumption of its products. More than 150 initiatives are currently being developed in France and around the world by the Group, either alone or with other partners. Warning of the dangers of excessive or inappropriate consumption, protecting at-risk groups such as minors, promoting moderate consumption, and "drinking less but better" ' these are just some examples of the Group's commitment over the last twenty years, when it introduced its first prevention programmes.

The most symbolic of these latest initiatives is undoubtedly the addition of age-restriction labelling to all bottles produced by the Group's brands as of this year. This goal, announced in January 2020 with its peers in the International Alliance for Responsible Drinking (IARD), was originally scheduled to be introduced in 2024. However, the Group has decided to bring this rollout forward by three years. Pernod Ricard is already a pioneer, with its decision in 2007 to add a warning symbol for pregnant women to all its bottles.

The latest Group's initiatives are structured along three lines:

1. Training our employees and partners

Initiative: The Employee MOOC. Seeking to take advantage of the lockdown period to accelerate training, since April 2020 the Group has been rolling out an in-house digital training course (MOOC) aimed at educating all Group employees on both the risks of excessive or inappropriate consumption and responsible drinking guidelines. This training ends with a Code of Ethics signed by all employees, requiring them to respect responsible drinking guidelines and reminding them that any failure to do so may give rise to disciplinary action.

The training has already been completed by more than 80% of employees with PCs worldwide. Employees working in the vineyards and at the production sites will receive appropriate training shortly. This figure rises to almost 100% among sales representatives. In France, in addition to this programme, all sales teams in the field have received specific training given the greater vigilance required due to their roles, with particular emphasis on responsible drinking. Training modules ' in the form of podcasts ' have also been developed for their benefit, to raise awareness of the risks associated with driving and tiredness, mobile phone use, speeding, medication and alcohol.

Responsible Party Initiative: Several studies have shown a continuing reduction in binge drinking among young Europeans. According to the 2017 European ESCAPAD study, it fell by 25% between 2014 and 2017. Pernod Ricard set up the Responsible Party project over ten years ago in partnership with ERASMUS (Erasmus Student Network) with the aim of encouraging this trend. Since 2009, the programme based on 'Responsible Parties" has been rolled out in 32 European countries, including France, reaching some 450,000 students. Building on this success, Pernod Ricard has set itself the goal of reaching at least one million young adults through its Responsible Parties by 2030. In April 2020, forced to suspend these events due to the pandemic, Pernod Ricard rolled out a digital version of the programme, entitled 'Sharing Good Vibes', on Facebook and Instagram, which has reached more than 6 million people, primarily isolated and at-risk students.

'Proof of age ' I check' initiative: The non-profit organisation Prévention et Modération, of which Pernod Ricard is a founding member, announced the roll-out of an e-learning programme designed to train supermarket checkout staff in the correct enforcement of the ban on selling alcohol to minors. This module, called 'Proof of age ' I check' consists of a motion design video and practical examples. It was integrated into all retailers training platforms in France in 2020.

Initiatives to manage digital drinks: The French did not drink more during the pandemic, as shown by three studies (YouGoV, IFOP and Santé Publique France). According to Santé Publique France, 24% of respondents say they drank less and 65% say they did not drink more alcohol during lockdown. French people have in fact changed their drinking habits by switching to digital drinks as a result of the closure of bars and restaurants. Against this backdrop, Pernod Ricard launched two global campaigns, the second of which was during the 2020 festive season, to provide a framework for these new habits. Simple and effective prevention messages, adopting the communication standards specific to these digital channels, were shared on the Group's social media and that of its subsidiaries, including 'Respect the choice of other people not to drink alcohol' and 'Keep to social distancing rules, even while enjoying a drink'.

Please enjoy our brands responsibly. Do not share this website with anyone under legal drinking age.
go top