Pernod Ricard is pleased to announce the appointment of Anne-Marie Poliquin as Group General Counsel as of the end of March, 2021. Anne-Marie will report to Alexandre Ricard and will be a member of the Executive Board and the Executive Committee, based in Paris. This appointment comes as a replacement for Amanda Hamilton-Stanley who wished to take her career in a different direction. 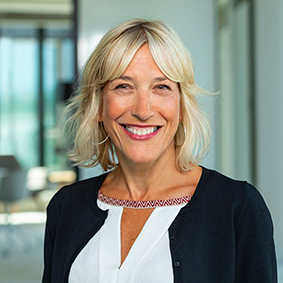 Anne-Marie, a Canadian citizen, has over thirty years of experience within the legal departments of various large international groups. A graduate of the Faculty of Law at the University of Montreal and Harvard Law School and member of the Quebec Bar, she began her career with a law firm before joining Valeo, and then the Medical Systems division of General Electric. In 1998, Anne-Marie joined Mars, working in the Food & Petcare division, where she carried out several major reorganizations and acquisition projects. She was promoted to the position of General Counsel Europe before her appointment as General Counsel for Global Petcare in Brussels, at which time she also became a member of the Executive Committee. After almost 20 years at Mars, in 2019 Anne-Marie joined JDE Peet's, one of the global leaders in the manufacture and distribution of tea and coffee, as General Counsel, Legal and Corporate Affairs, in charge of Legal, Communications and CSR, and based in Amsterdam.

Please enjoy our brands responsibly. Do not share this website with anyone under legal drinking age.
go top