Pernod Ricard is delighted to announce the signing of an agreement for the acquisition of a majority stake in La Hechicera, a Colombian ultra-premium rum launched in 2012 by Miguel and Laura, members of the long-established spirit-producing Riascos family, along with their friend Martamaria Carrillo. The family has been in the rum business for three generations with Casa Santana Ron y Licores. 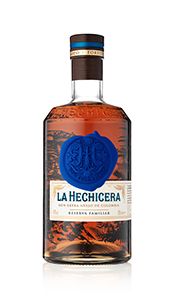 La Hechicera ('The Enchantress') became a gold standard in upmarket rum, thanks to its multi-award winning La Hechicera Reserva Familiar, a blend of rums without added sugar, aged in former bourbon barrels made of American white oak. The brand's unique craftmanship makes La Hechicera one of the most exclusive high-end rums.

Two other experimental and innovative rums have since complemented the La Hechicera range: Serie Experimental # 1, finished in Muscat casks and Serie Experimental # 2, naturally infused with organic banana. The brand is already popular among rum enthusiasts, not only in its native Colombia, but also in several international markets such as Europe and the US, as well as in Global Travel Retail.

Miguel Riascos, the brand's co-founder and Managing Director, declares : 'Due to its previous successful collaborations, Pernod Ricard has shown itself to be the partner of choice for La Hechicera. Pernod Ricard's passion for terroir and its extensive distribution network will ensure that our brand remains true to its Colombian roots and the vision of its creators, while reaching new consumers.'

The closing of the transaction, expected in the coming weeks, is subject to certain customary conditions.

Pernod Ricard is the No.2 worldwide producer of wines and spirits with consolidated sales amounting to €10,701 million in fiscal year FY22. The Group, which owns 17 of the Top 100 Spirits Brands, holds one of the most prestigious and comprehensive portfolios in the industry with over 240 premium brands distributed across more than 160 markets. Pernod Ricard’s portfolio includes Absolut Vodka, Ricard pastis, Ballantine’s, Chivas Regal, Royal Salute, and The Glenlivet Scotch whiskies, Jameson Irish whiskey, Martell cognac, Havana Club rum, Beefeater gin, Malibu liqueur or Mumm and Perrier-Jouët champagnes. The Group’s mission is to unlock the magic of human connections by bringing “Good Times from a Good Place”, in line with its Sustainability and Responsibility roadmap. Pernod Ricard’s decentralised organisation empowers its 19,480 employees to be on-the-ground ambassadors of its purposeful and inclusive culture of conviviality, bringing people together in meaningful, sustainable and responsible ways to create value over the long term. Executing its strategic plan, Transform & Accelerate, Pernod Ricard now relies on its “Conviviality Platform”, a new growth model based on data and artificial intelligence to meet the ever-changing demand of consumers. Pernod Ricard is listed on Euronext (Ticker: RI; ISIN Code:FR0000120693) and is part of the CAC 40 and Eurostoxx 50 indices.

Head of External Engagement
Tel: +33 (0) 1 70 93 16 34
Please enjoy our brands responsibly. Do not share this website with anyone under legal drinking age.