There’s a new horse in town, a Horse with No Name! 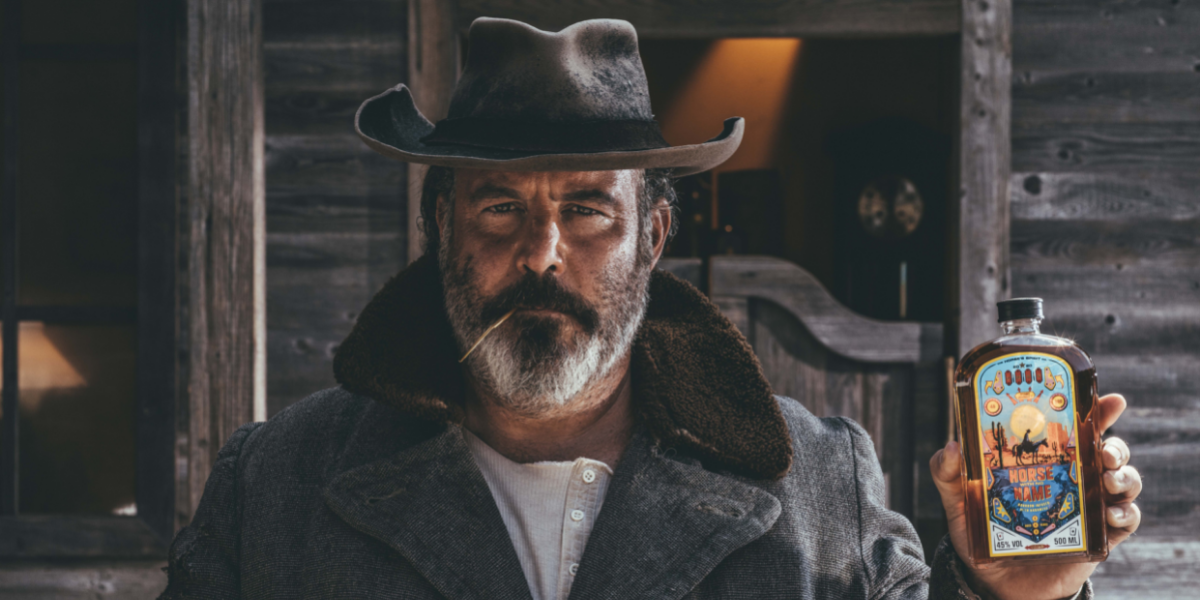 Legendary Monkey 47 founder, Alexander Stein, did not spend lockdown watching daytime TV. Instead, he let his creativity run riot in the depths of the Black Forest and founded a new company, The Horse’s Spirit Company. The aim? To blend the centuries-old distilling expertise of the Black Forest with the traditional production of American whiskey, capturing the best of both worlds. The result? Horse with No Name, a straight Bourbon infused with 2% habanero chili distillate.

In keeping with the idea that a cobbler should always stick to his last, the Horse`s Spirit Company decided to partner up with the Firestone & Robertson Distillery in Texas to create the “All Git-Out” proprietary mash bill. For the time being, the Bourbon will be provided by Pernod Ricard USA and in the mid-term, good things come to those who wait, it will be exclusively produced by Firestone & Robertson Distillery.

The Bourbon is aged for four years in toasted American oak barrels then blended with habanero distillate produced from specially cultivated Red Savina habanero chilis grown in the Black Forest. Versatile and intriguing, Horse with No Name can be enjoyed neat, as a twist on classic bourbon cocktails such as the Mint Julep, or Old Fashioned, or mixed with cola and a squeeze of fresh lemon and lime for a Cowboy Spritz!

Ian Peart, Pernod Ricard UK Commercial Director, comments: “We are beyond excited to launch Horse with No Name in the UK due to the phenomenal success we have seen with Monkey 47. Horse with No Name once again offers our customers an intriguing new spirit, which is sure to become a talking point with consumers at the bar, as well as an original brand identity that we will be activating across the On-Trade in the coming months. Watch this space!”

Horse with No Name is 45% ABV and available in 500ml bottles (RRP £47.89) via Master of Malt and Amazon. On-Trade stockists include Venus, Amathus, Enotria and DMD.